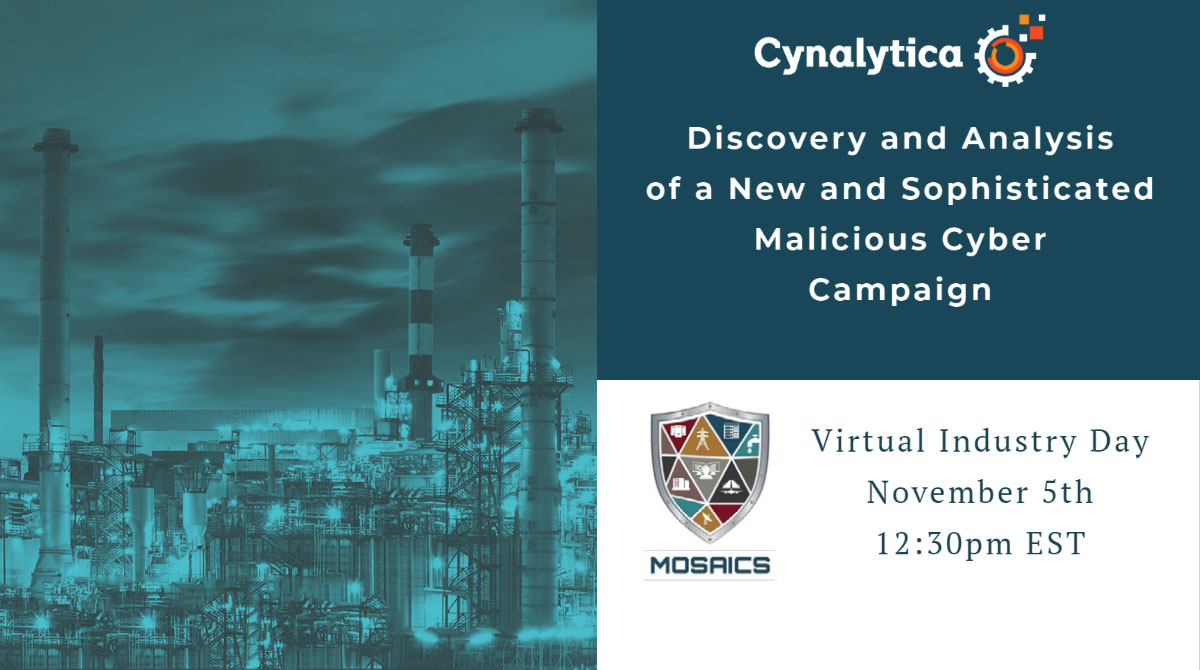 Cynalytica will present on November 5th, at the MOSAICS* JCTD** Industry Day, its discovery and analysis of a new and sophisticated malicious cyber campaign targeted against the US Oil & Natural Gas Sector – labeling the new campaign “Laertes-Odysseus” after the creator of the Trojan Horse. Cynalytica, using its newly developed genetic malware analysis, detection and forensics tool “CyShrike”, has been able to directly identify polymorphic and functional links to previously known malware campaigns directed at IT and OT sectors in global critical infrastructure that others have been unable to do.

In early 2020, an Oil & Natural Gas partner identified a system attempting to establish unauthorized connections outside their OT network. While this attempted activity was promptly discovered and quarantined, current commercially-available solutions were unable to meet the partner’s forensics needs to establish more relevant and useful information to act on. Cynalytica’s CyShrike tool was able to quickly identify key components, functions and relationships to prior malware families and helped provide early indicators of compromise (IOC’s). Additionally, CyShrike was able to furnish useful identification of malware family components to provide a more complete understanding of the malware and the breadth of the malware campaign, as well as give forensic responders key artifacts to focus their attention and response.